9th Wonder's first significant career breakthrough came in 2003 when, as an up-and-coming producer, he released an unofficial remix album of Nas' 2002 album God's Son entitled God's Stepson.[6] Released through internet outlets, the album garnered significant attention and acclaim.[6] The producer has said that he was not thinking in terms of using it to generate a buzz or promote his skills at that point: "I never thought any of this of me as a producer was going to happen."[6] The album has since been credited as starting the now regular trend for unofficial 'home-made' remixes of whole albums.[6]

9th Wonder began his career as the main producer for the group Little Brother. As part of Little Brother he gained recognition and critical acclaim for his production on their debut 2003 release, The Listening. Jay-Z's studio engineer Young Guru was impressed with his work, and contacted 9th Wonder, which led to 9th Wonder producing "Threat" for Jay-Z's 2003 The Black Album.[6] The cut proved to be a mainstream breakthrough for 9th Wonder, most immediately in the major production role he secured on Destiny's Child's 2004 Destiny Fulfilled album that Jay-Z was instrumental in helping bring about.[6] On the album, 9th Wonder produced the tracks "Girl" and "Is She the Reason", plus the bonus track "Game Over".

In August 2010, Drake exchanged tweets with 9th Wonder on Twitter, expressing his desire to work with him again (the first time being the production of "Think Good Thoughts" featuring Phonte and Elzhi for his 2007 mixtape Comeback Season). It was revealed in October 2010 that 9th Wonder would be producing for Drake on his second album, Take Care, which was released on November 15, 2011.[9] However, a month prior to the release, 9th Wonder said in an interview that he would not appear on Take Care due to A&R issues.[10]

Singer Chris Brown recorded a series of rap freestyles over 9th Wonder beats. The first was released on July 18, 2011 on YouTube under the title "Real Hip Hop #3". This was followed a day later by "Real Hip Hop #4" featuring Kevin McCall. These tracks were included in Brown's rap mixtape Boy in Detention, released on August 5, 2011.[11]

On June 25, 2020, 9th Wonder, Terrace Martin, Kamasi Washington, and Robert Glasper announced the formation of a supergroup, Dinner Party. They released a single, "Freeze Tag". Their debut album was released on July 10, 2020.[12]

2007 saw a sideline move into music academia for 9th Wonder when he, along with Christopher "Play" Martin from hip hop group Kid-n-Play, was appointed Artist-In-Residence by the Chancellor of North Carolina Central University, and began instructing a hip hop history class in NCCU's Music Dept.[13]

His role as a music professor has proven an ongoing one as in January 2010 it was announced that 9th Wonder would co-teach a class titled "Sampling Soul" with Dr. Mark Anthony Neal at Duke University.[14] In an interview with HitQuarters, he explained the reason for the move into academia: "Educating the youth on where hip-hop comes from and the history of it, using the records we use, gives hip-hop a longer life. I decided to become an advocate of that."[6] 9th Wonder also recently took on a course titled "Intro to Hip Hop Production".[15]

In May 2021, Douthit joined the Faculty at Roc Nation School of Music, Sports & Entertainment at Long Island University as a visiting professor.[16] His courses include the history of hip hop. 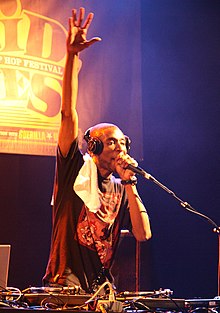