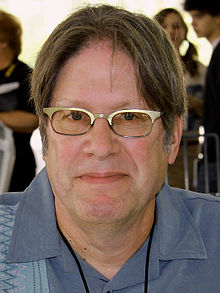 Patrick McGilligan (born 1951) is an Irish American biographer, film historian and writer. His biography on Alfred Hitchcock, Alfred Hitchcock: A Life in Darkness and Light was a finalist for the Edgar Award.[1] He is the author of two New York Times Notable Books, and he lives in Milwaukee, Wisconsin. He is also noted for his biography on Clint Eastwood, Clint: The Life and Legend, which reveals much about Eastwood which his official biography by Richard Schickel left out. In addition to Hitchcock and Eastwood, he has written biographies on Robert Altman, James Cagney, George Cukor, Fritz Lang, Oscar Micheaux, Jack Nicholson, Nicholas Ray, Orson Welles and Mel Brooks. He is also an editor of Backstory, which features interviews of Hollywood screenwriters and is published by the University of California Press.[2]